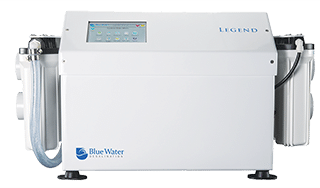 The Ship’s Systems feature of the latest issue of Marlin Magazine (March ’15) covers the brilliance of having an on board watermaker that uses reverse osmosis technology to turn salty sea water into pure potable water that is actually cleaner than most municipal and dock water supplies!

With a Watermaker, the Ocean Becomes a Limitless Supply of Freshwater

Once considered an extravagant option aboard a sport-fishing boat, watermakers are pretty much standard equipment today, with many boats even utilizing two units. Having a steady supply of potable water to shower, cook, live aboard and wash the boat with at the end of the day is a huge benefit. Converting salt water to fresh via the reverse-osmosis process gives you virtually mineral-free water, so it is far less damaging to topcoat finishes and Isinglass curtains than city or dock water. It’s also better for ice machines and the entire freshwater system. END_OF_DOCUMENT_TOKEN_TO_BE_REPLACED 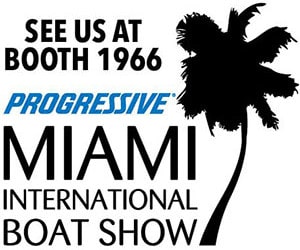 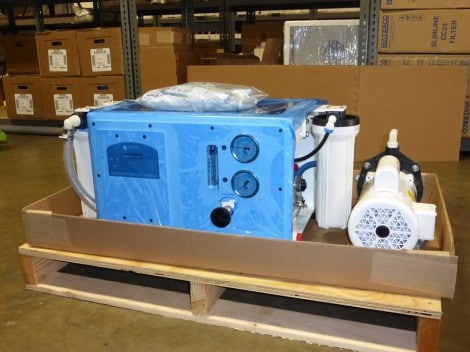 Pictured is an Express ES-360 ready for shipment. We are excited to be gaining traction so quickly with our new line of advanced marine watermakers. Express framed and modular units are going out to customers now and Legend systems will ship this week. We are only a few weeks away from releasing final specs and photos of our Explorer Series, so be sure to follow us to get the latest updates and information from Blue Water Desalination. Click here to learn more about our watermaker products!

Led by industry veteran Chris Rollins, recently formed Blue Water Desalination (BWD) will debut the finest selection of reverse osmosis desalination systems to the marine market at the Miami International Boat Show, February 13 – 17, 2014. In space S66 on the main convention center show floor, show attendees can see for themselves why this new class of leading edge watermakers will leave their competitors in their wake.