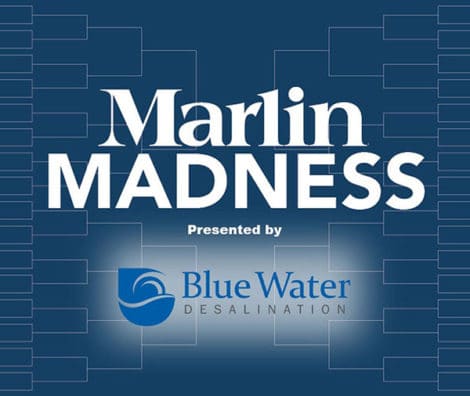 Marlin magazine wants to know which tournament team is your favorite and you can determine the winner of each round. The competition begins with sixty-four qualifying teams, each one with the possibility of becoming the Marlin Madness Champion.

The teams are divided into four regions – East Coast, Florida, Gulf Coast and International – based on their tournament win in the division bracket. The winner of each bracket advances to the final four semi-finals.